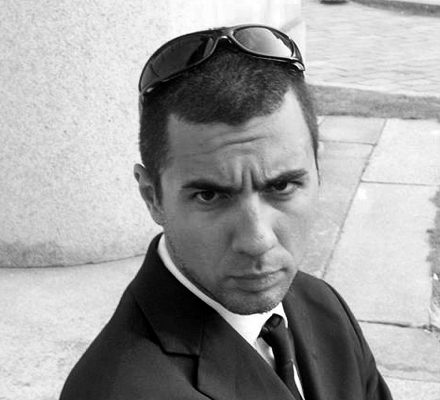 Born in Genoa (Italy) grew up in Brazil until adolescence, returned to Italy and obtained a degree in Architecture.

After studying drama from 1998 to 2000 does veejay to Videomusic, becomes popular as a “IENA” in the program “LE IENE” or “CQC”.

In 2000 he formed the band MEGANOIDI and with the álbum “Into the Darkness into the Moda” sold more than 50.000 album copies.

After leaving the band in 2003 he released one album with his new band LACIZCO.

Since 2009 he lives in Southamerica: Argentina (Buenos Aires), where he worked in MTV SET, the social program of MTV Latin America, broadcast on all Spanish Language Channels; Brazil (Sao Paulo), where he lives today.